It was only a matter of time. Lindsay Lohan has reportedly joined the ranks of Pamela Anderson and Paris Hilton to have her very own sex tape, coming to the internet soon.

According to UK paper, 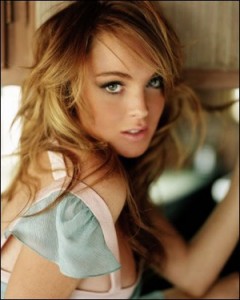 The Daily Mirror, a 47 second clip showing the starlet naked and going at it with a mystery male is being shopped by an unnamed Los Angeles waiter who is trying to sell it to the highest bidder.

“This video’s dynamite,” a source tells The Mirror. “It is pretty seedy and shows Lindsay engaged in a particular sex act which, obviously, should remain behind closed doors.”

“If and when it is released on the internet, via a spurious, unofficial website, there is absolutely nothing she or her lawyers can do about it.”

“Lindsay is devastated – particularly as she is working hard on cleaning up her act” the source added.