Michael C. Hall, the star of the hit series, “Dexter” says he was diagnosed with cancer.

Hall said in a statement that he 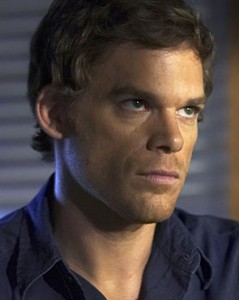 was fortunate to be diagnosed with a “treatable and curable condition”, Hodgkin’s lymphoma, but is on the road to the successful completion of treatment. The actor thanked his doctors and nurses for their expertise.

A spokesman for the actor, Craig Bankey, said the disease was in complete remission.