Wow! It’s been crazy. A relentless barrage of press on the passing of Michael Jackson. The same TV anchors who crucified him during his child molestation trial now sing his a praises and try to make us feel as sorry for him as possible. His memorial was broadcast live on every Los Angeles network and I assume 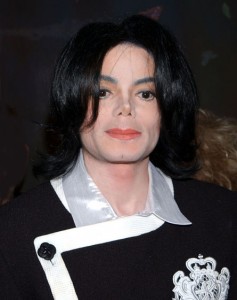 across America and perhaps the world. The image of eleven year old Paris, Mister Jackson’s young daughter weeping, (one of the few real touching moments during the memorial at the Staple center), has been played over and over and over again.

No one has commented that Jackson’s three kids seemed to have had their light brown, blondish hair dyed brown for the funeral. Was it to send a subliminal message that they belong with the Jackson’s and not birth-mother, Debbie Rowe.

It is becoming more and more obvious that Jackson has had a serious drug problem for years. The police even found prescription drugs at Neverland prior to his trial, but no one really stepped in to prevent a disaster. Everyone wanted Jackson’s love and approval, and his money.

Meanwhile his final resting place has yet to be determined. His CD sales and iTune downloads are going through the roof. Magazines with the King of Pop on the cover are selling off the racks. His reported five hundred million dollar debt should be paid back a lot sooner now that he has died.

Was he really a child molestor? It’s a question many don’t want the answer to, even-though the evidence against him was compelling. He was found innocent. So was O.J.

What cannot be disputed is that Michael Jackson was a super talented performer who was also an obviously victim of his own fame. His untimely death now guarantees that he will joint those other icons who continue to flurish in fame and earnings since their passing. James Dean, Marilyn Monroe, Elvis, John Lennon, and now Michael Jackson.

Gone but never to be forgotten.

So who or what killed Michael? The autopsy results will be rvealed shortly and we may begin to find out. In the meantime E Online has done a roundup of all the death theories currently in circulation.

Check it out here: