After nearly 40 years of engineering some of the most cutting-edge deals and transitions, running record labels and film companies, David Geffen is reportedly backing away from Hollywood.“ 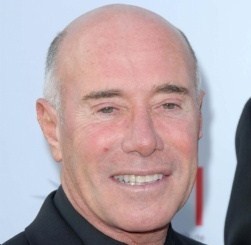 How the decision to withdraw came about, and what it means to an industry that has long regarded Geffen as one of its most powerful figure, is far from clear.  What is known is that when the finalization of the separation between Paramount and DreamWorks came to light early this month, it was noted that Geffen would be retiring from the film business.

“I cannot imagine not having David in my professional life,” Steven Spielberg told the NYT when asked about Geffen’s intended departure and retirement. “If that’s true, I’m going to have to figure out what to do about it.”

“This closes a chapter,” Jeffrey Katzenberg said of Geffen’s decision not to join the new Spielberg company.