Hollywood celeb Paris Hilton was arrested after a World Cup match in South Africa on Friday but subsequently released without charge.

She appeared late Friday in a FIFA World Cup 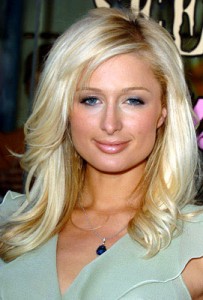 courtroom after being arrested on suspicion of possession of marijuana at a quarterfinal match between Brazil and the Netherlands.

The authorities dropped the charges against Hilton, after her co-accused, Jennifer Rovero, “acknowledged to be in possession of cannabis, and pleaded guilty,” said Brig. Sally De Beer, a spokeswoman for South African police.

Hilton appeared in a special FIFA World Cup court around midnight local time. The courts are set up for the duration of the soccer tournament, so cases can be turned around in days — rather than many months, even years, as is common in the country’s overwhelmed justice system — and sometimes harsh sentences are imposed.

A publicist for Hilton, 29, said the incident was a “misunderstanding.”