LOS ANGELES (Oct. 17, 2015) — Actors and other members of the Los Angeles theatrical community filed a lawsuit today against Actors’ Equity Association, the union of professional actors and stage managers. The lawsuit challenges the Union’s decision to eliminate its 25-year-old waiver of jurisdiction over small 99-seat theaters, a program popularly known as Equity Waiver. Plaintiffs claim that the Union’s decision to end Equity Waiver will unfairly destroy small theater in Los Angeles and deprive thousands of actors of opportunities to collaborate on creative theatrical projects.

The lawsuit was filed in the Los Angeles federal court. The plaintiffs are Los Angeles-based members of Equity, together with other theatrical artists and theater operators who had entered into a litigation Settlement Agreement with the Union in 1989 that established a system for regulating future changes to the Equity Waiver program. 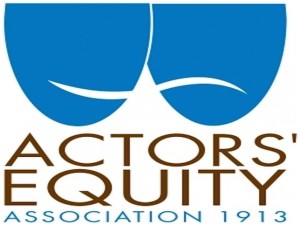 that the stage actors’ union violated this Settlement Agreement by improperly interfering with the democratic and due process procedures established in the Agreement to prevent any unilateral Union decision to eliminate the world of intimate theater. The lawsuit complains that Equity’s new rules, including a prohibition on volunteer acting at small theaters and a new wage compensation obligation on these theaters, will force theaters to close, reduce their production runs, or to hire non-union volunteer actors in place of Union actors.

The plaintiffs announced that they would not serve the Complaint on the Union immediately, in the hope that the Union would respond to their request to meet and confer about a mutually acceptable resolution of the small theater controversy.

“Although we have now filed the complaint, we have not yet served it on the Union,” stated Steven Kaplan, lead attorney for the plaintiffs. “We have asked the Union to take this opportunity to avoid the time, expense and acrimony of litigation, and sit down with its members to discuss a mutually advantageous resolution.”

Gary Grossman, a member of Equity and one of the plaintiffs in the 1989 litigation, stated that “This lawsuit became necessary because Equity refused to comply with the preliminary procedural protections built into our 1989 Settlement Agreement. These procedural protections were designed to ensure that, before substantial changes were made to the 99-Seat Theater Plan, meaningful discussions would take place within the small theater community.”

Actor Michael A. Shepperd, also a plaintiff, said, “Our members voted to reject the Union’s actions by a 2-1 margin in one of the largest election turnouts in the organization’s history. We are terribly disappointed that our Union rejected the principle of democracy on which it was founded, and foisted on Union members new rules that will harm all actors in the long run.”

Actress Karen Kondazian, another plaintiff, explained that “the majority of Los Angeles artists who work in small theaters want Equity to put a moratorium on these new plans in order for local members’ voices to be adequately and fairly heard, and for the Union to work together with a task force of local theater artists to develop a comprehensive plan that will adequately address the needs of the Los Angeles theater community. But our leadership turned a deaf ear to our concerns.”

Actor French Stewart, another plaintiff, lamented that “we would hate to see either the death of intimate theater or the world of small theater go non-union. Equity’s decision was short-sighted and likely will contribute to an erosion of unionized acting in Los Angeles.”

Plaintiffs are represented by the Law Offices of Steven J. Kaplan and Martha Doty of Alston & Bird.