The event kicks off with THE CITIZEN (Obywatel) by Jerzy Stuhr on October 13, 2015 with a star-studded gala during which both Polish and American film makers will walk the red carpet at Hollywood’s legendary Egyptian Theater. Angelinos may enjoy  subsequent  screenings at the Laemmle’s NoHo 7 and Royal Theaters as well as the  CSUN Armer Theatre.

“We’re trying to accommodate film lovers from both sides of this hill,” stated Mr. Juszkiewicz at today’s press conference. “The festival will also be presenting sixteen films by female directors this year.” 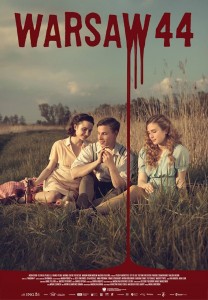 Screenings of film made abroad by Polish filmmakers, with Polish talent, or with Polish subjects will include: JOURNEY TO ROME by Tomasz Mielnik, ONCE MY MOTHER by Sophia Turkiewicz, AGAINST NIGHT by Stefan Kubicki,  IT HAPPENED AGAIN by Wojciech Fry-Lewis, MESSIAH by Mark Grabianowski, SHADOWS by Paul Kowalski  and THE VIGILANTE by Matthew K. Firpo.

At the Gala Opening on October 13th, the following awards are to be presented.

The Pola Negri Award will be presented to Andy Garcia for his collaboration with Polish filmmakers: Oscar winning

The full film program for the Festival can be found on the website: http://www.polishfilmla.org