ARENA CINELOUNGE, the premier boutique arthouse cinema in Los Angeles since 2011, is poised to launch a distribution arm with its first theatrical and digital acquisition of the new film MOOP. CINELOUNGE will put out both new releases and cult classics. Led by Christian Meoli, an independent film champion who owns the Arena 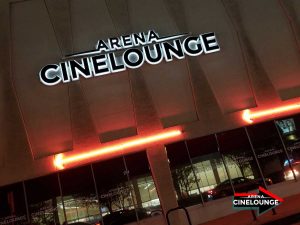 Cinelounge Theater, the distribution arm will be looking to acquire films of all genres that align with the companies ultra-independent vision.

The distributor’s first title, MOOP (Matter Out Of Place), will open summer, 2019. Arin Crumley’s millennial romance, set against the background of Burning Man, is a visually stunning piece of film art which explores the ideas behind “What is love? What is reality?” and captures the fear of intimacy and the detached journeys of two couples searching for answers…Meoli plans to open the film at the Arena Cinelounge, then expand nationally.

Arena Cinelounge’s strategy of leveraging exhibition experience by entering distribution has been deployed by many entities over the years, including recently by the likes of Alamo Drafthouse, Cohen Media, and most recently, The Metrograph in NY.

“What stands out at Cinelounge” said Christian Meoli, Founder and President of Cinelounge Pictures, “is our dedication to presenting intelligent programming and the trust that is being built with our audience base. We aim to continue to be a definitive conduit to great stories
and films and bring our titles and Cinelounge driven programming to theaters and digital platforms. Cinelounge is an extension of what we have been successfully building with our film programming at Arena Cinelounge theater in LA” said Meoli. “And now we can focus on bringing these films to audiences around the country.”