NUDE/NAKED playwright, Paul Hoan Zeidler’s captivating and unique examination of the dangers––and new tools––of the mob mentality, has been honored at the Stanley Drama Awards, earned a semi-finalist spot at the Eugene O’Neill Playwrights Conference and received high praise from The Royal High Court Theatre in London, which called it “mesmerizing.” Now Lightning Rod Theater will give NUDE/NAKED its world premiere, playing from January 18 to February 17 at the McCadden Place Theatre in Hollywood.
In NUDE/NAKED, Pulitzer Prize winning photographer, Bennett Duquesne and his daughter Addy have had their controversial work collected by 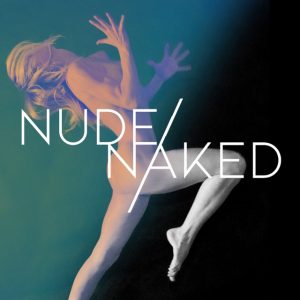 major art museums all over the world. When Addy’s trust funder boyfriend shoots one of Duquesne’s students in their living room, photos meant to be viewed on art gallery walls or in coffee table books become plastered all over the Internet. The Duquesnes struggle to hold onto their unique, intuitive relationship while the local District Attorney pressures them to reveal more about their personal lives, and the mainstream and social media launch brutal attacks.

“The way social media connects groups of scattered people is a positive thing, but occasionally those groups can accelerate into engines of conformity that try to run over anything that doesn’t fit their view,” Zeidler said. “With the mainstream media quick to hop onto any story gaining traction online, an incident in twoartists’ personal lives can blow up into a public catastrophe overnight. That’s what we’re exploring with this work.”

Zeidler is a stage veteran, having written, directed and produced a number of plays. His original work Time’s Scream and Hurry has two successful runs in L.A. before going to New York. He’s also been a regular contributor to the Hollywood Fringe both with his original shows like Acts of Possession, Glennie and Maple Break Up, and Woof-Woof, as well as producing pieces like Craftsman and This Side of Sweetwater. Zeidler, with Charles Pacello, is the co-founder, of Lightning Rod Theater, and also its artistic director. The company was formed with other artists during the collapse of the Elephant Theatre Company.

“When Charlie Pacello and I first started pulling together Lightning Rod out of the ruins of the Elephant, one of our goals was to put stories and relationships on stage that had never been seen before,” Zeidler said. “We think we accomplished the latter with NUDE/NAKED.”

With NUDE/NAKED, Zeidler is most excited about getting audiences talking about his main characters’ personalities as artists and their creative relationship, as well as the powers of the mob mentality in the social media age in a production that holds a mirror up to society. “I’ve always been interested in artists who crossed the boundaries of their culture, and morality of their times,” he said. “The best create visions of possibility in an almost shamanistic way. I’ve also been fascinated by how intensely personal trauma can inspire the creative process. The private artist vs. the public culture is a great dynamic to work with.”