The AFM again was host to a truly global market, with 1,670 buyers coming from over 70 different countries.  Overall exhibitor attendance was up 1% from last year with 2,825 executives from exhibiting companies from over 40 countries, with the largest number of exhibitors coming from the 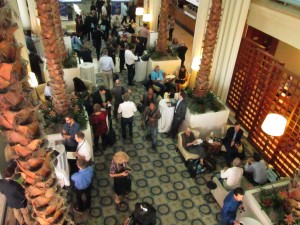 United Kingdom, France and Japan, after the USA.

The AFM also hosts a large segment of independent writers, producers, directors and wannabes of all ages.  Many of the faces haunting the lobby of the Loews Hotel have been attending the event for decades while many are just starting out.

Spotted at the AFM was 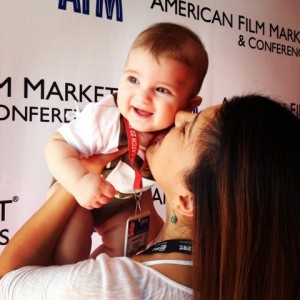 this young man, Alexander Saffaie and his mother, producer, Michelle Alexandria. “With the film business being so youth oriented these days, you can’t wait to get in the game,” she explained with a smile as she and her baby, Alexander hurried to another power meeting.

This year’s AFM screened 432 films with 352 Market Premieres, 85 World Premieres and a total of 654 screenings across the AFM Campus in Santa Monica. 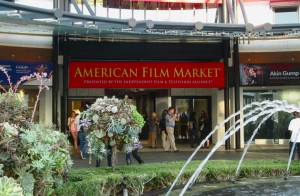