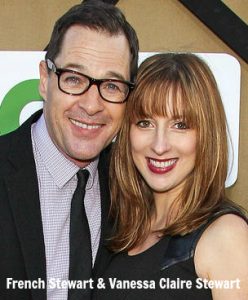 Salute being held December 4th at the Colony Theatre in Burbank.

Over the past three decades, from Camelot Artists Productions to Katselas Theatre Company and in 2013 becoming Skylight Theatre Company, the one constant thread has been Gary Grossman. First as a producer and eventually becoming its Artistic Director in 2008, Skylight and Gary have become synonymous with nurturing artists, producing live theatre in Los Angeles and developing new work.

Over 2500 different artists have graced Skylight’s stages including 204 Los Angeles based writers. Skylight and Grossman have helped to craft, develop, workshop and mount a large body of original works, generating 166 readings, 157 workshops, and 69 world premiere productions.

Works developed under Skylight’s auspices have gone on to garner awards and accolades for their playwrights, around the world. Sigrid Gilmer, a member of Skylight’s resident writers’ PlayLAb received the coveted 2014 USA Artists Ford Fellowship and 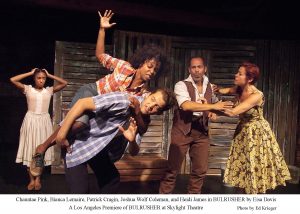 $50,000, while Nathan Allan Davis’ play “Dontrell, Who Kissed The Sea” received the prestigious Steinberg/American Theatre Critics Association 2015 New Play Citation. The Humanitas PlayLA workshop, launched in 2015 with support from the Center Theatre Group, has selected Skylight resident writers to fill five out of the ten available positions from over 200 candidate submissions. Louisa Hill, another of Skylight’s resident writers, won Third Place in the inaugural year of the associated Humanitas PlayLA Playwriting Prize.

Through Grossman’s leadership, Skylight’s plays have made their way across the United States to New York, Chicago, Baltimore, Cincinnati, Kansas City, Denver, and San Francisco, while internationally they have been performed in Paris and Edinburgh, with additional productions scheduled for Australia, Canada and Greece.

Skylight has been a community leader, providing artistic opportunities for at-risk 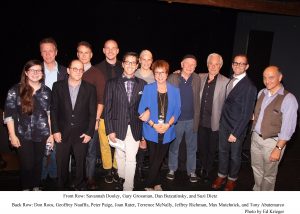 teens and helping to feed the hungry. In the last three years, 1250 teens in Los Angeles detention centers and high schools have experienced Lyric Project writing workshops. Supported through partnerships with ASCAP Foundation, the City of Los Angeles, and Boeing’s Employee Community Fund, 45 of the young lyricists have been mentored and teamed with professional songwriters to create new songs that are performed in a unique and fully realized musical event for the stage. Since 2012, Skylight artists have been putting Art Into Action, donating their time and talent to help feed LA’s hungry on Thanksgiving Day; since the program began over 1200 hungry people have been fed in the Downtown and MacArthur Park areas.

Gary Grossman’s unselfish efforts for the Los Angeles theatre community were recognized at the 2016 Stage Raw Theatre Awards with a Lifetime Achievement Award. He continues to be an ad 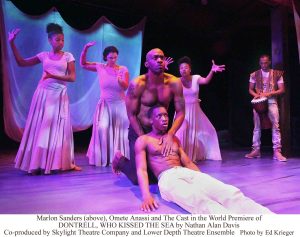 vocate for the Los Angeles theatre community leading interactions with Actors Equity Association and LA Theatre Producers for a workable agreement between the actors union and Los Angeles producers.

David Galligan has directed all the S.T.A.G.E benefit shows in LA since 1984 and began directing for Grossman and Skylight back in 1985 with a celebrated production of Leonard Bernstein’s Trouble in Tahiti.

French Stewart is perhaps best known for his roles in the television series Mom and 3rd Rock From the Sun. He is a member of Sacred Fools Theater Company, playing the title role in their 2012 hit production of “Stoneface: The Rise and Fall and Rise of Buster Keaton” which moved to the Pasadena Playhouse. 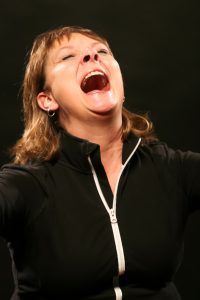 Vanessa Claire Stewart is recognized as a quadruple threat – singer, actress, director and writer. She is most often recognized for her performance as Keely Smith in Louis and Keely Live at the Sahara (Los Angeles, Chicago) that she co-wrote with Taylor Hackford and Jake Broder, but she has also opened the Newport Jazz Festival as a vocalist, and penned and then directed the wildly successful “Stoneface: The Rise and Fall and Rise of Buster Keaton,” which starred her husband French Stewart.

SALUTE kicks off at 6pm with a VIP dinner and 7:30pm for the stage show on Sunday, December 4, 2016. The Colony Theatre is located at 555 N. 3rd Street, Burbank CA. 91502. Tickets range from $150 – $425. Proceeds benefit Skylight’s Artistic Development Programs. Dinner reservations and show only tickets can be purchased online at http://skylighttix.com with more information at 213-761-7061. All performers are subject to availability.