It’s been less than a year since Paul Newman passed away, but that has not deterred author, Darwin Porter 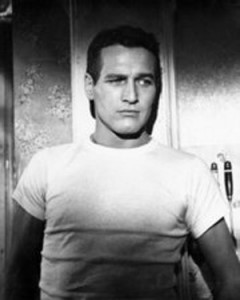 from quoting Marlon Brando in his new book, Paul Newman: The Man Behind The Baby Blues, in which Brando claims Newman was bisexual.

Porter interviewed Brando about Newman before the acting great died in 2004 – and he was stunned with what Brando had to say.

“He never fooled me. Paul Newman had just as many on-location affairs as the rest of us, and he was just as bisexual as I was. But, where I was always getting caught with my pants down, he managed to do it in the dark.”

Porter tells The Globe that he has been tracking Newman’s secret sexual encounters since he met the actor in 1959 and alleges in his new book the late star, who was happily married to actress Joanne Woodward for 50 years, bedded icons like Grace Kelly, Judy Garland, Natalie Wood and Marilyn Monroe.

The writer also claims Newman and James Dean had a gay romance.

The actor’s family has dismissed Porter’s book, claiming the sex allegations are “disgusting”.

A source says, “Paul knew there were rumors out there about his sexuality and to have to face them when he’s not here to dispute them is Joanne’s worst nightmare.”