Festival circuit darling,  “LAST DAYS OF SUMMER” produced by British born OLIVER RIDGE, is going for another win at the upcoming Whistler Film Festival. Having taken the grand prize for best feature at the Rhode Island Film Festival, the acclaimed drama starring WILLIAM FICHTNER next goes into competition at the prestigious Canadian event, which starts Nov. 30th. 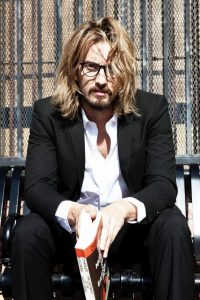 ahead of an anticipated theatrical release next year, the film offers the kind of role we’ve never seen before from Fichtner, best known for “ARMAGEDDON” and “PRISON BREAK” and currently starring in CBS sitcom “MOM.” In Last Days of Summer” he  plays a suburban husband whose quiet life is turned upside down when he becomes obsessed with the beautiful young woman who moves in next door.

“It was an honor to work with such a talented and dedicated actor and make art with him” said producer Ridge, whose Last Days team also included director AARON HARVEY.

Ridge made his directorial debut recently and managed to pull of a coup by being able to recruit Academy Award nominee ERIC ROBERTS to star in Ridge’s “BLUEBIRD,” a poetic short film based on one of the works of the late Charles Bukowski.

We caught up with Oliver Ridge to to talk about his experiences in Hollywood.

Hollywood Revealed: How hard has the transition been 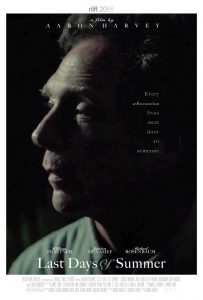 for you, moving from the UK to L.A? What were some of the challenges you faced?

Ridge: Driving was pretty scary! Away from that I think media has united us recently in western culture, but certainly when you’re moving five thousand miles away from home, it can be daunting. There are so many people in Los Angeles, but I think the biggest challenge was finding like minded people who I could drink whiskey with and talk movies.

Hollywood Revealed: How did you transition from producing to directing?

Ridge: I loved producing Last Days of Summer, but it certainly made me impatient to be in creative control again. I think that desire made my pre-production for Bluebird even more detailed and thorough, so that helped smooth the transition.

Hollywood Revealed: What kind of genres interest you as a producer/director?

Ridge: Can I say all 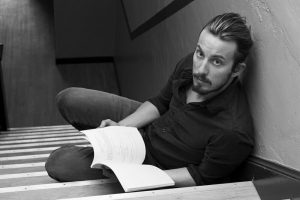 of them? Because they all do. I want my films to have a universal feel and tone that you can see, but I also want them all to have an emotional weight. I like exploring the darker emotions, because I want my audience to feel something. But specific genres? My next film is a revenge thriller, but I’ve also just finished writing a science fiction film and have plans for a western. So I am all over the place!

Hollywood Revealed: Who are some of the directors you look up to? Who has been your biggest influence?

Ridge: David Fincher and Denis Villeneuve are two of my all time favorites, but Nicolas Winding Refn has certainly had the biggest influence on me.

Hollywood Revealed: Thanks for chatting with us, Oliver.

Ridge: It was a pleasure.