A gritty character study, HERO OF THE UNDERWORLD,  slowly draws you in and doesn’t let go as it exposes the lives of several down on their luck characters living and working in New York City. 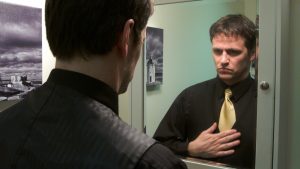 should by now have advanced higher on the ladder of success, both at his job and with life in general, but Dylan struggles with demons that won’t let go. He is a heroin addict whose girl friend hung herself  in his apartment and Dylan is burdened by the guilt. Abandoned by his his family and struggling to hold on to his job, Dylan is a pained and desperate man.

When a young woman, “Holly” ( NICOLE FOX) is badly beaten at the hotel, Dylan takes it upon himself to find her and save her from the drug underworld that he is quite familiar with. This leads to a bout of regret and self examination 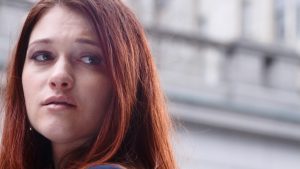 as Dylan tries to overcome his demons, somehow convincing himself that Holly can help save him.

Ably directed by JOHN VINCENT, the film crackles with nervous energy and cutting edge humor. It also portrays a revealing look behind the scenes of hotel management–how they handle double bookings, who gets preferential treatment and why.

Though lacking in some production values due to it’s budgetary restrictions, there are strong quality moments and stand out performances in this otherwise well made indie. 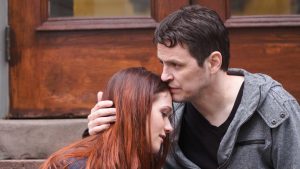 is likeable as the caustic hotel clerk, “Jarrod.”

LISA VARGA is convincing as an ill-fated call girl working to support her 9 year old daughter.

QUINTON AARON, lead in the film, “The Blind Side” (opposite Sandra Bullock) brings some star power as the drug dealer, “Tino,” as does the always impressive, CATHERINE MARY STEWART, playing a woman who has been moved out of her hotel room without her permission.

Available through Gravitas Ventures on November 14, 2016 to outlets everywhere.