The Wrap reports that the Hollywood Foreign Press Association and its former publicist, the Michael Russell Group, have reached a settlement in a lawsuit that stretched for two years and contained blockbuster allegations 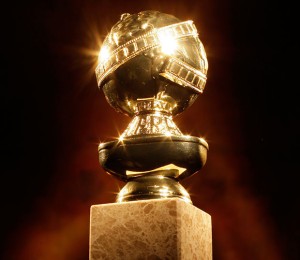 of corruption and fraud against the group the runs the Golden Globe Awards.

News of a deal came in a California Superior Court filing last week, in which the plaintiff’s attorney asked to vacate a jury trial set for April 29.

On the eve of the 2011 Golden Globes, Russell sued the HFPA for $2 million in lost salary and additional damages. In his suit, he alleged that the group’s members accepted money, vacations, and gifts from studios in exchange for nominating their films; sold media credentials for profit; and accepted payment from studios and producers in return for lobbying other members to nominate their films.

A month later, the HFPA countersued Russell  for breach of contract, trading on the organization’s name and accepting payola. In that suit, the group alleged that Russell attempted to get InStyle to pay $10,000 for a client that loaned furniture for its presenter’s lounge and tried to enlist the HFPA in a shady celebrity fundraiser to raise money for Haitian Earthquake relief.

It is not clear if the HFPA has dropped its countersuit as part of the settlement.

The recent years have been litigious ones for the organization behind the Globes. In addition to the legal standoff with Russell, the HFPA was engaged in a protracted court battle with the producer of its annual telecast, Dick Clark Productions, over control of the television rights to its broadcast. The HFPA alleged that the company had negotiated a new contract to air the Golden Globes with NBC without its consent, but a California judge found otherwise and ruled last April in Dick Clark Productions’ favor.