Kevin Bacon’s main motivator for a life in show business was to seek fame.  “Show me an actor who doesn’t want to be famous and I’ll show you a liar,” he told Jane Mullkerrins of the Daily Telegraph (U.K.)  “Later, of course, you realize that there’s 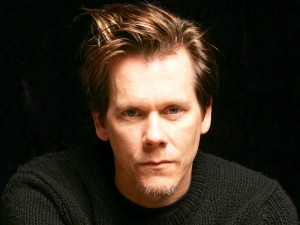 more to it than just the acquisition of fame, money and girls. But that is what drives them, and what initially drove me.”

And fame was certainly what he found. For more than half his life, the 54-year-old actor has been virtually unable to enter a bar or party without the DJ striking up the opening chords of Footloose, or to stroll down the street without fans tugging at his sleeve, quoting lines from the cult classic Diner. Things got so bad that a couple of years ago, he commissioned a Hollywood make-up artist to fashion him a prosthetic disguise, which he wore to the up-scale Los Angeles shopping center, The Grove – a fertile hunting-ground for celebrity-stalkers. “I just wanted to see what it would be like to try not being famous,” he shrugs, a little sheepishly.

But the sudden absence of celebrity, he soon discovered, was a double-edged sword.

“People didn’t bother me, but they also ignored me. No one was nice to me – they looked right through me, and pushed in front of me at the cash register.”  He hasn’t worn his disguise since.