Gilbert Cates, the long-time producer of the Academy Awards and two-term president of the Directors Guild of America, passed away on October 31, 2011.

Cates was found collapsed in a parking lot on the campus of UCLA. According to a UCLA spokesperson, “Emergency medical personnel responded to a call on campus at about 5:50 p.m. Monday but were unable to revive Cates. The Los Angeles County coroner is investigating the cause of death.”

Aside from producing 14 Oscar shows in 18 years, Cates was a producing director and president 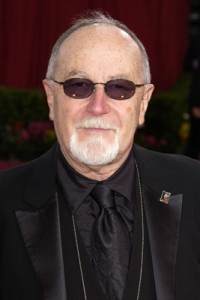 of the board at the Geffen Playhouse and a former dean of the university’s School of Theater, Film and Television from 1990 to 1998. He was also a member of the Academy’s Board of Governors for eight years, winning an Emmy in 1991 for the 63rd annual Oscars. He received a star on the Hollywood Walk of Fame in 2005.

Cates loved the awards, and was quoted in 2006 as saying, “If you want a sense of what America is like, you’ll watch the Oscars.”