L.A. based production company, Filmstreet has announced a new thriller slated for production later this year according to company spokesman, Palmerston Hughes.

Entitled “Isolation” the film is an edgy Gen-X thriller, written and to be directed by Peter Foldy. Currently no cast is attached. The company has also optioned an original screenplay by first time writer, Mark Elias entitled “Purge.” “We are looking to package “Purge” for production in 2010″ said Hughes, “and we are very excited about having acquired this excellent screenplay.”

Filmstreet’s other feature projects, “All You Need is Luck” and “The Juggler” are also moving toward a start date.  “All You Need..” 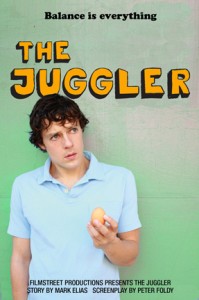 is due to start filming in Northern Ireland next spring while “The Juggler” should see camera’s roll in November.

Filmstreet is currently closing distribution for all it’s projects though no firm details have been announced.

Filmstreet has been active since the early nineties starting with the action/thriller, “Midnight Witness” starring Jan-Michael Vincent and Maxwell Caulfield. The company has seen four other feature projects to fruition and was also active in the production of a short film called, “Head, Heart and Balls… or Why I Gave Up Smoking Pot” starring radio and TV personality Adam Carolla.