French director Michael Hazanavicius was selected as one of the five DGA feature film nominees confirming that his film, The Artist is on an unstoppable march 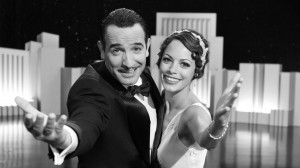 Far more surprising than those nominated, were the two big names left off: Steven Spielberg and Terrence Malick. Considering that both ‘War Horse’ and ‘Tree of Life’ were thought to be primarily “director” films, Spielberg and Malick’s failure to earn DGA nominations provides strong evidence that their Oscar chances could be fading out. ‘Moneyball’ director Bennett Miller was another notable name left off the list.

David Fincher – ‘The Girl With the Dragon Tattoo’