The Alternative Funding Forum, a one-day mega-fest of insight and networking is taking place on November 21st at the Century Plaza Hotel in Los Angeles.

For me this is all part of the new world of film entertainment, because change is a-coming, ready or not!  At a committee meeting in 2008 I was amused to realize we were prepping to bring on board a RED camera… the very same day the Hollywood Reporter (once owned by my good friend Bill Miles and his wife Tichi Wilkerson) was reporting that Lionsgate was pulling out 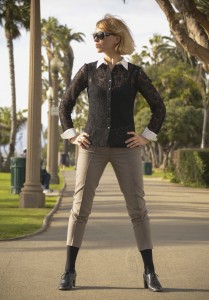 of its independent film track.  Here we were sitting around the board table marveling at how inexpensively we could make independent films and reading that the last avenue for conventional distribution had just jumped the rails.  And so began my years of gathering – gathering knowledge and insight into alternatives business opportunities, not only to fund movies, but to be a part of this remarkable digital revolution that is expanding like those red blooms at sea.

Digital platforms, multi screen viewing, smart phone, tablets… for me the next few years was consumed with learning alternative markets, alternative strategies, alternative paradigms etc.  The word “content” was now the buzzword, describing what the prolific digital market was thirsting after.  I knew that back in the day, sadly before I got involved in filmmaking here in Hollywood, there was development money.  Bill Miles would tell me sweet stories of pitching an idea to a studio and getting good funds to develop a script.  Those days are gone, but humans are resourceful creatures and so the search for alternative funding and the new digital ecosystem resulted in new funding concepts, new rules and new regulations.

I reached out to Victoria Silchenko, Ph.D. founder of the Alternative Funding Forum, to get a better overview of how finance models are expanding to keep abreast of the red tide of technology.

A: What is the single most significant change in start-up business financing in the past ten years?

V: Just a few years ago, if you decided to get on an entrepreneurial path and were bold enough to drop out of college or the corporate word to pursue your dream, your initial financing options were limited to maxing out credit cards, borrowing against your home (if you had one) and asking your friends and family for loans. So called ‘angel investors’ – accredited investors with a level of wealth and income fitting the criteria imposed by the Security and Exchange Commission (which would allow them to invest into private companies), were hard to get reach. The transactions costs were high since you would have to deal with a middleman.  But now we are living at the best time to raise capital as startups have a broad range of visible funding opportunities like never before with much easier access to alternative financing thanks to emerging online platforms.

A:  What exactly has happened?

V:  First of all, most recently the world has been disrupted by the phenomena called crowdfunding which exposures entrepreneurs to a huge audience of potential backers and which fundamentally has evolved into two basic forms: rewards based crowdfunding (with market leaders such as KickStarter and Indiegogo) and equity based crowdfunding (or crowdinvesting).

Crowdinvesting disrupts traditional angel investing here in the US, it means now you can “meet” angel investors online instead of chasing them at golf clubs or private events. There are numerous operating websites where you can raise capital in exchange for your company equity or profit-share arrangements: such as AngelList.com, EarlyShares, CircleUp, Crowdunder, InvestedIn, etc.  While crowdinvesting is a relatively new and complex phenomena, you also have other options.

A:  Why do you believe the Millennium entrepreneur has any chance of success in a global market that has seen multi-national corporations vacuum up opposition/competition as anti-trust regulation has been dismantled to meaningless copper wire and rusty siding?

V:  The undisputable rule of going global used to be that only once you achieved a handsome level of revenue and scalability would you begin to look into the possibility of expansion overseas. Now as the barriers to international commerce continue to shrink and payments can be made worldwide, it is no wonder that young entrepreneurs are starting to think how to acquire customers from China, Brazil or Russia right from the very beginning.

Of course a huge amount of a preparation work should be done: language settings are crucial to making international customers comfortable, cultural features should be taken into consideration and it is important to realize that patents and trademark creation is something that would require additional time and capital. By the way, I am on the board of an innovative global company that provides capital for global expansion, TradeUp Capital – check it out.

A:  If there were one piece of advice you could give to a young developer –who has already leveraged his/her parents, uncles and family friends- what would it be?

V:  That’s easy. Book a ticket for our Nov 21st forum at LA’s Century Plaza Hotel where you will learn all about alternative funding options and meet investors – saving on months of networking.

A:  Does crowd funding have a viable win-win structure for funders and fundeee?

V: Well, at the end of 2014, crowdfunding is estimated to provide over $65 billion to the global economy and as of today it is the most rapidly growing industry. When you talk about equity based crowdfunding, the risks are high for capital providers – just like they are high for any angel investor in a more traditional setting. And the level of risk depends really on which stage of funding a startup is at.  It is generally believed that for startups raising their first round of capital (seed/series A financing) the failure rate is at least 90%, while for more mature and developed startups raising a second round of capital (series B financing) a failure rate drops to a 50%.

But as risks are high so are the rewards and some of the especially opportunistic investors might want to find another Amazon which turned the investment of $1,000 into staggering $239,000 15 years later.

A:  Has the advances in technology that allow start-ups to get to proof of concept quicker and cheaper helped or hindered the access to real funding?

Market validation and proof of concept are the two most important benefits of crowdfunding beyond getting the actual capital. In fact, once when a client and I were pitching his business to one of the investors, he asked if we tried KickStarter to see what the demand is. I am figuring that for a lot of angel investors, VCs and even potential buyers the money raised on KickStarter is becoming a score based on which they can make an investment decision. Remember the story with Oculus Rift, a company that had been crowdfunded by KickStarter’s backers who donated a striking $2 million? The rest was a history when right after that, Facebook acquired Oculus Rift for $2 Billion.

As a side note – the saddest part is that backers did not capitalize on the exit event since KickStarter is a donation/reward-based platform. The only way to profit from a company liquidity event is by investing via equity crowdfunding platform such opportunity is limited right now to the accredited investors only. I truly believe equity crowdfunding for unaccredited investors (aka everyday investors) would be a huge step towards engaging the broader community in the investing process and broadening capital access to early stage entrepreneurs.

A:  Has Hollywood recognized the opportunities alternative funding has to offer independent filmmakers and content producers?

B:  Hollywood has been one of the first to take advantage of the reward based crowdfunding model, killing two birds with one stone -raising practically free money from the audience, while identifying a potential demand and unleashing a fan base before the movie is even made. From a producing point of view, I think it is really a genius idea to engage the audience with the exciting process of movie-making.

The important thing for independent producers to remember is that crowdfunding is not an easy process. When Veronica Mars producers attracted over 91,000 backers who pledged $5.7 million overcompensating a requested $2 million goal (which was achieved in 10 hours), you should keep in mind that it is due to having an established show and an existing fan base.

For an independent producer my suggested math would be the following – if you have 2,000 followers on FB or Twitter, you might want to assume that at least 10% would back you. Statistically, the average donation is $70 per backer, so with 2,000 followers you might count on just a $14,000 donation. So the rule is – start your crowdfunding campaign before starting the process of actual crowdfunding and build your following and a social media profile at least six months in advance.

I believe that studios will eventually  recognize the value of crowdfunded films, but we also should keep in mind that the main blockbusters cost $100 million and more to make – and with the existing record of $5.7 million it will probably take some time before we see the first crowdfunded blockbusters made. So if an independent producer has an opportunity to negotiate a fair deal with a studio I would not throw this opportunity away by relying on crowdfunding only.

One more thing, film makers should really know the difference between reward based crowdfunding and equity based crowdfunding. The last one involves sale of securities to investors, and those who invest are also entitled to receive a financial interest in the project. The problem for an independent movie maker to raise capital on an equity crowdfunding platform is that over 90% of Hollywood made movies fail to turn a profit – and the most profitable movies are movies that are made by studios with over $100 million budget.

A:  Are investors using new paradigms or just repackaging old models for investment and recouping?

V:  The biggest trend in the investment community is that the screening of investment opportunities is transitioning from off-line to on-line. For example, if you register on AngelList as an investor, you would be amazed by how many projects – good projects – are offered, and you can click on them while sitting in the comfort of your cozy home. Nevertheless, once the project is chosen, it is the same routine of due diligence, meeting with the founders face to face, valuing the company, negotiating the equity stake and calculating your own risks and rewards while evaluating whether a new project would add any value to your existing portfolio.

A:  What do you expect the next big funding trend to be?

V:  I am a big believer in necessity of further development of equity crowdfunding based on Title III of the JOBS Act which would allow small businesses and startups (including entertainment projects) to raise up to $1 million annually in equity from everyday “mom-and-pop” investors, not just accredited investors. Unfortunately, the SEC has missed the deadline for this and it is unclear whether it will issue the final rules later this year – or will move forward with the rules at all.

One of the biggest achievements of the JOBS Act is that startups are allowed to solicit money from the accredited investors publicly – via advertising and social media. So, I am wondering if soon the famous billboards of LA will be overwhelmed with advertising messages like “Invest in my movie instead of “Go see my movie!”

Victoria Silchenko, Ph.D. produces the Alternative Funding Forum happening in Los Angeles this November 21st.  Be there and leap ahead, or miss the event and get back to gate crashing events at the golf club. For details and tickets visit www.metropoleglobal.com