Formed in 1977, the band has been gigging regularly since they got back together in 1994. Since then they’ve played France, Germany, Sweden, the USA, all over the UK. They have achieved a smash indie-chart hit with their first E.P. Pure Punk For Row People.

Music success aside, Gonads lead singer, Gal Gonad, is perhaps best known in the UK by his alter ego, GARRY BUSHELL. A hard-hitting TV critic and an award-winning newspaper columnist, Garry was a staff writer for the UK rock weekly Sounds. He has written about bands as diverse as The Specials, The Ruts and Iron Maiden as well as the street-punk phenomenon known as Oi! He has penned a series of hard-boiled pulp fiction novels and has appeared on more than 2,000 TV shows. Garry’s own late night TV show ran for two years on ITV, attaining an audience share high of 68%. Howard Stern once dubbed him “my ambassador in England”.

We caught up with Gal/Garry via skype prior to his band’s triumphant return to Los Angeles. 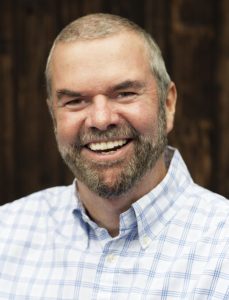 How do you feel about doing your 40th year anniversary with the Gonads right here in Hollywood, California?

Garry: I love it! It’s fantastic. Where better than the  dream factory of the Western world to celebrate a living nightmare like the magnificent Gonads?

HR: How many songs are in the new Punk Rock Sob Stories that is coming out this Christmas?

Garry: The first collection had forty songs, and the new one will be at least that many. I’m just trying to whittle them down.

HR: We understand you will be casting for a film about the Gonads while you are in Los Angeles. What is that all about?

Garry: Yes, we are holding a casting session on November 12th at Beach Dancer Films. It’s an open call and the band and I will be looking for actors to play younger versions ourselves for a movie that will start production in 2018.

HR: Besides being the lead singer of the Gonads, you are also a columnist, covering, among other things, music and television.

HR: What is a day in the life of a TV critic like?

Garry: Long and lonely, interrupted only by the comings and goings of take-away curry deliveries. I get up, I watch TV, I make notes…then repeat, with the occasional break to walk the dog to the pub, or to relieve the frustration by playing Rancid or The Interrupters as loud 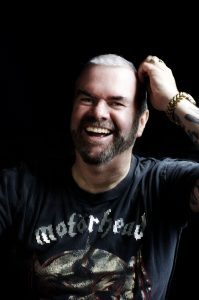 HR: How many hours a week do you have to watch TV?

Garry: At least forty, but usually more. I don’t like to miss the shows with the biggest audiences so I even keep an eye on EastEnders, the BBC’s never-ending libel against Londoners.

Garry: Line of Duty was excellent again this year. I’m enjoying The Deuce and I’m Dying Up Here. My all time favorite would be The Sopranos, the TV series that reinvented TV and ushered in a new golden age. For US TV, The Sopranos, Seinfeld and the early years of The Simpsons. For Brit TV, Minder, The Sweeney and Porridge. I genuinely love great TV which is why bad or patronizing shows irritate me so much.

HR: What happened with you and Piers Morgan and him printing in the papers your salary from The Gonads? Is that a true story?

Garry: Ha, almost. I had a royalty statement for our most ‘critically misunderstood’ e.p. It was a couple of bucks. Piers managed to steal it from my desk and take a picture of it which he then printed in the Bizarre showbiz column of The Sun. I’d like to apologize right now for the career of Piers Morgan because, to my eternal shame, I gave him his first job, working for me, when I ran Bizarre. He was a pompous git even then.

HR: Have you made people happy with your reviews and vice versa?

Garry: You’d have to ask them. I seem to make readers happy.

HR: Tell us about the BARFTAs? 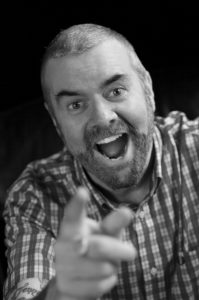 the awards I give out every year on my website for things I don’t get paid to write about – generally films, books and music.

HR: Is there a huge difference between a film critic and a TV critic ?

Garry: Absolutely. A film critic can see everything he needs to write about in under a day. Three movies and they’re done. They watch them at screenings in the West End of London in decent surroundings with a free bar…it’s a wonder they’re not transported from cinema to cinema on studio-funded palanquins.

HR: When did you first discover that you have a particular style with words which has shaped your career as a journalist ?

Garry: I used to write comedy sketches for my own amusement when I was 14 or 15 and carried some of that on when I wrote a punk fanzine in 1977. But I guess it was the Sounds years that helped developed my style, especially in the 1980s.

HR: How many books in total have you written?

Garry: Five novels – three of them pulp fiction under my own name – and thirteen other books, most of them music or comedy related.

HR: What was it like doing the autobiography on Ozzy Ozbourne, A Diary of a Mad Man?

Garry: A bit hazy. We spent 13 hours drinking on the first day, which ended with Ozzy shaving 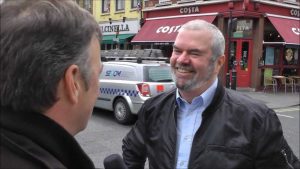 my eyebrows off. When I noticed, two days later, I was shocked…but you couldn’t tell. For various reasons I only wrote part of that book. Mick Wall wrote the rest of it.

HR: Do you spend a lot of time with your subjects?

Garry: I spent a lot of time with Iron Maiden when I wrote their authorized biography, including spells on the road with them. Bruce Dickinson nearly killed me in Florida by driving the wrong way up an exit road into four lanes of on-coming traffic. Similarly Jeff Turner’s autobiography, Cockney Reject – we spent months on that.

HR: What are you writing now?

Garry: I’m writing the fourth installment of the Harry Tyler/The Face pulp fiction series, but I’ve just been asked to write the Origins novel to tie in with the We Still Kill The Old Way film franchise, so I’m already thinking about that.

HR: How many people have written songs about you?

Garry: Quite a few – Adam Ant, Crass, The Exploited, The Notsensibles, The Warriors, the Angelic Upstarts… they’re the most well known I’d imagine. Adam Ant’s ‘Press Darlings’ was the B-side of one of his hits so for a while it seemed to be on every jukebox in every pub and every bar I went in.

HR: Where are The Gonads playing after America? 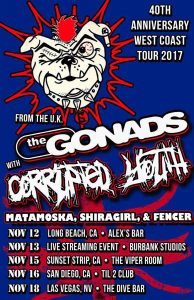 in south London for our Christmas show with the Ska legend King Hammond, and then some German dates next year.

HR: In another life who would you choose to be?

HR: Thanks for chatting with us, Garry.

Garry: The pleasure was all mine.