The 2017 Golden Globe nominations were announced yesterday in Beverly Hills.

The Golden Globes are presented by the HFPA, which consists of journalists who cover American film and television for international outlets. The membership requirements however are not tough. Members are only required to publish four articles per year in almost any publication, meaning that many of the members are not full-time journalists who work for big-name outlets. In fact it has been said that legitimate journalists from major international publications are often denied HFPA membership.

It would seem it’s who you know, not what you know. 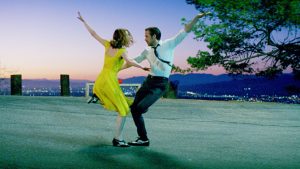 consider the Golden Globes a second-class trophy compared to the Oscars and the Emmys, so why does Hollywood continue to support the ceremony? Because the public doesn’t know the difference and the telecast is a fun, alcohol fueled party with great gift bags for nominees and presenters.

And… as the old saying goes, any publicity is good publicity.

This year the nominations seem to be on track with what’s popular in the mainstream. La La Land, the fresh musical starring,Ryan Gosling and Emma Stone leads with seven.

The well deserved acclaim for the Matt Damon produced, Manchester By The Sea with powerful performances from Casey Affleck, Michelle Williams and Lucas Hedges is also growing and both these films will surely get Oscar nods.

Lion is another heart-tugging film that is gathering traction and is worthy of it’s nomination. The HFPA got these right.

The somewhat overrated Arrival is a surprise on the list, but 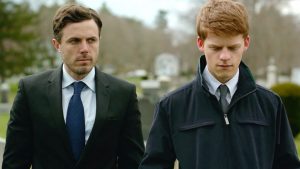 we are happy to see Annett Bening recognized for her honest and believable work in 20th Century Women.

Jake Gyllenhaal and Michael Shannon’s fine work in Nocturnal Animals was overlooked by the HFPA but hopefully the SAG and Academy Awards will rectify that.

There are rumblings that Fences did not get a best picture nod. While the performances in the film are exceptional, it feels much like an over the top play that is more suited to the stage, the medium for which it was conceived.

Sully, a basically well made TV movie was left out of the mix, leaving Tom Hanks and Clint Eastwood batting zero for the time being. Truthfully, there are many other deserving potential nominees who join Hanks and Eastwood on the sidelines. 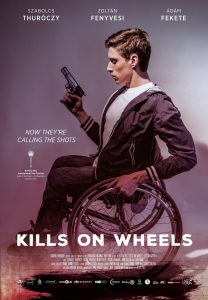 film category, the strong Hungarian film, Kills On Wheels was sadly bypassed, perhaps because Son of Saul, also from Hungary, swept last year. This is a unfortunate because Kills On Wheels is a well made, action-packed film with heart and deserves to be seen.

Here’s a full list of nominees for the Golden Globes.

Winners will be announced in a live telecast on January 8, 2017, starting at 5pm PST.

Best actor in a motion picture, musical or comedy:

Best actress in a motion picture, musical or comedy: