The Weinstein Company have rejected the “R” rating their film “Bully” received from The Motion Picture Association of America.  The documentary lands in theaters on March 30 without a rating, leaving the decision to show the film in the hands of individual movie theaters.

“It’s up to theaters 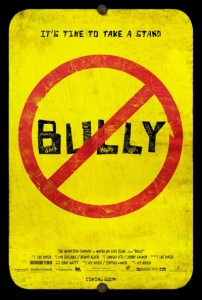 to let them [young people] in,” said filmmaker Lee Hirsch.

The MPAA gave the “Bully” an R rating for language and declined to change it when the Weinstein Co. appealed.

John Fithian, president of the National Association of Theatre Owners, told the Weinstein Co. that releasing the film unrated could result in theaters treating the teen-focused documentary as an NC-17 film, which means no one 17 and under can be admitted.

Stephen Bruno, president of marketing for the Weinstein Co, isn’t too concerned.

“We believe theater owners everywhere will step up and do what’s right for the benefit of all of the children out there who have been bullied or may have otherwise become bullies themselves,” Bruno said Monday, adding that the company plans to make the film available to teachers, parents and students nationwide.

Hirsch said he declined to edit the documentary’s offensive language because it would diminish the painful reality of bullying.