Beverly Hills, CA – The Academy of Motion Picture Arts and Sciences will celebrate canine stardom with “Hollywood Dogs: From Rin Tin Tin to Uggie” on Wednesday, June 6, at 7:30 p.m. at the Samuel Goldwyn Theater in Beverly Hills. The evening will feature Susan Orlean, author of Rin Tin Tin: The Life and the Legend, 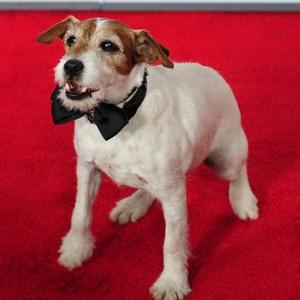 “Man’s best friend” has gotten a wonderful publicity boost from the movies. Canine cinema mythology has enhanced human appreciation of the dog’s loyalty, heroism, humor and intelligence from the earliest days of film with such immediate audience favorites as “Rescued by Rover” (1905) and “The Whole Dam Family and the Dam Dog” (1905).

More than any other four-legged actor, the dog has achieved a unique stardom with such long-lasting box office stars as Strongheart, Teddy, Lassie, Pete the Pup, Benji and particularly Rin Tin Tin. The original Rinty (there would be several over the years) was rescued in Germany during World War I by a U.S. soldier, and with his molding for Hollywood stardom, Rinty became one of the biggest box office draws of the late 1920s. The popularity of 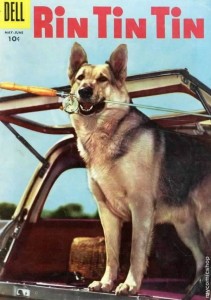 Rinty’s films would practically underwrite a struggling studio known as Warner Bros. and afford a young writer named Darryl F. Zanuck some of his earliest success.

Tickets for “Hollywood Dogs” are $5 for the general public and $3 for Academy members and students with a valid ID, and may be purchased online at www.oscars.org, in person at the Academy box office, or by mail. The Samuel Goldwyn Theater is located at 8949 Wilshire Boulevard in Beverly Hills. Doors open at 6:30 p.m. Ticketed seating is unreserved. For more information, call (310) 247-3600 or visit www.oscars.org.