As the bombs rained down on London during the terrifying nights of the Battle of Britain a young singer came on stage and transported the mostly military servicemen attending the Windmill Theater to a more enchanting world.  The singer, PATRICIA MORNE was young, beautiful and sang with a voice that later secured her a contract with the BBC.

“I never took it off!” Miss Morne declared 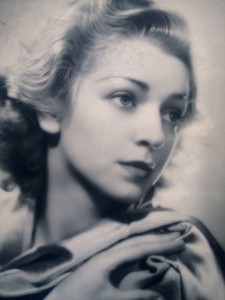 as she later recalled those remarkable days.  She was referring to the unique exemption the Windmill Theater had secured from the British Censor Board that allowed nude girls to pose as “set design”.  “I didn’t have to,” she said proudly.  Vivian Van Damm, the theater director, had given her three weeks when she applied for a job as a singer.  “I was there for three years,” she revealed proudly.  “Cecil Madden from the BBC came to a show, he saw me and booked me for the BBC.”  From then on the BBC would state in their program, “Presenting Patricia Morne, by Kind Permission of the Windmill Theater.”

Reading through her fan mail it was clear that the young soldiers who caught a Windmill Theater show before they returned to duty were there for Miss Morne’s grace and beautiful singing voice as much as for the racy stage props.   The film, “Mrs. Henderson Presents,” released in 2005, tells the story of the Windmill Theater during that time, the theater that refused to be subdued by Hitler’s rain of bombs in his relentless attempt to conquer Britain.

“At the Windmill we used to say “We’re Never Closed,” explained Miss Morne in one of her last interviews.  “As well as five shows a day, six days a week, the cast would spend their day-off at military bases entertaining the troops.”

Miss Morne got her start in show business when she was nine years old; she 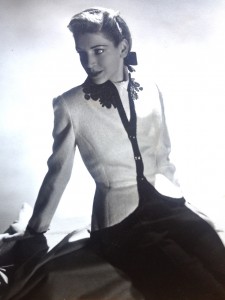 took her music sheet and followed her older sister Pearl to a talent show.  Pearl had told her to stay at home as she was too young to enter the show.  Miss Morne took no notice of her big sister, climbed up on the stage after giving the pianist the sheet music to “Ma, He’s Making Eyes at ME”…. and won first prize and earned her fist dollar as a performing star.

A few years later Miss Morne auditioned for a chorus line position with Cecil B Cochran’s showgirls in a 1932, Noel Coward revue.  Buddy Bradley was brought over from America to choreograph Cochran’s shows.  “He taught us the “Snake-Hips” Miss Morne recalled.  “We girls giggled at the moves.”  Cochran’s girls and Bradley’s exotic dance moves lit up the London stage and Cochran’s revues became the talk of the town.   After several successful shows with Cochran Miss Morne asked him why he had hired her and why he kept her in the shows, “technically, you’re not so good… but you LOOK good!” he told her.

On one occasion during a photo-op Miss Morne found herself standing behind Buddy Bradley, “I couldn’t help reaching out and touching his hair,’ she admitted later.  Buddy Bradley was happy to let the curious British dancing girl fiddle with his wiry hair.  Later when the cast gave her a spaniel for her birthday she named it Buddy.

As war loomed in Europe Miss Morne found herself “Hippodrome Out,” the inside term used by performers between gig.  Her younger sister, Irene, was a showgirl at a theater on Windmill Lane, the Windmill Theater.  Irene suggested she go and see if there was a job to be had.  After telling Van Damm that she wouldn’t take it off she was hired “provisionally” as the lead singer.  Three years later she was still there, now performing five shows a day.

After the war Miss 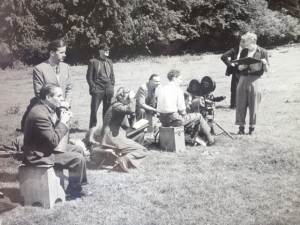 Morne continued in theater and met her husband the song and dance performer turned producer, Tommy Tomson of the Tomson Twins.  Tommy was casting a show at the West End, “He asked me out for tea,” explained Miss Morne fully aware that the casting-couch interpretation would quickly spring to mind.   Tommy’s true feelings for the glamorous singer however became obvious when he asked Miss Morne to elope with him.  She did.  They got married at Caxton Hall in Westminster.  After the civil ceremony a nervous Miss Morne phoned her mother.  “Bring him home for lunch, dear,” was all her mother said.  Tommy worked his charm on Miss Morne’s show business family and was a part of the family until his death in Hollywood in 1971.

Tommy had picked the right girl, and according to Miss Morne, he also knew when the girl wasn’t right.   Some time later Tommy was casting a West End show; one of the young lady’s auditioning was Sahara Churchill, daughter of the Prime Minister Winston Churchill.   Sahara was not the caliber of performer Tommy was looking for and he passed on her.  “Do you know who’s daughter that is,” asked a 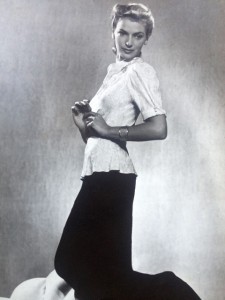 stunned production assistant.  “I don’t care whose daughter she is, she’s not in my show.”

The Tomson Twins had been a stage phenomenon in the Twenties and had established nightclubs in Paris and New York.  To promote an upcoming show in their New York club in 1921 Tommy flew a bi-plane over the city and dropped tickets to the show.  His novel approach to marketing got him additional attention in the New York Times.  Tommy was a World War I fighter pilot with the RAF, the Royal Air Force.  He was shot down and severely injured – a bullet passing through his back a fraction of an inch from his spin.  The injury kept him in bed, lying on his front for many months, but it did not stop him getting back on the boards and hoofing it up with his twin Jack.

In the late forties Miss Morne performed on stage in theater and revue appearing with top acts and performers including Benny Hill.  One revue was a Royal Command Performance attended by the Queen of England.  “The night before the performance the producer called us all on stage and told us to give it our best when her Majesty was in the audience, and when he had finished he turned to Benny and said… ‘and Benny, keep it clean!’”

Benny kept it clean and after the show Miss Morne was presented to the Queen.  “I had to go down the stage steps.  I was wearing a long ball gown and I was terrified I was going to trip and fall flat on my face in front of the Queen of England!”  Miss

Morne recalled.  She made it down in one piece and bobbed elegantly to the Queen.  “Very nice, my Dear,” said the Queen.  “Thank you Ma’am,” Miss Morne replied, not quite sure if the Queen was referring to her performance on the stage or her skill in negotiating the steps in a ball gown without toppling over.

In 1952 Miss Morne and Tommy moved to Hollywood.  They continued their careers in show business, Tommy producing theater and Miss Morne acting and modeling.  Miss Morne was a member of the BACC and BAFTA-LA.  After Tommy passed away Miss Morne came upon an employment agency in Beverly Hills that needed an executive administrator.  The lady owner hired her sight unseen after a phone call.   “With a voice like that you got the job,” her new boss declared.

Some years later the owner married a wealthy man and gave Miss Morne the business.  “I was very good at placing the right people in the right job,” Miss Morne recalled.  Her years in show business gave her the knack of casting the right person for the role, and as Tommy might have said, “NOT casting the wrong person”.  Miss Morne passed away peacefully in Los Angeles in February, three days after the Oscars.