PaulMcCartney will receive a star on the Hollywood Walk of Fame on Thursday February 9th, 2012, at 2pm.

Paul’s star will be lined up on the famed walk alongside his fellow Beatles, Ringo Starr, 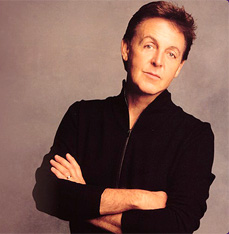 George Harrison and John Lennon in front of the historic Capitol Records building located at 1750 N. Vine Street. Presenting the star will be President and CEO Leron Gubler. Other guests have yet to be announced.

Get there early as it is sure to be a mob scene.