LOS ANGELES (May 2, 2019) — In observance of Holocaust Remembrance Day, the Simon Wiesenthal Center today announced casting for a new play about Anne Frank that will celebrate what would have been her 90th birthday this summer. 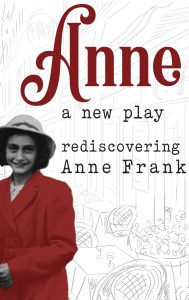 In this new adaptation of the immortal Holocaust story, 13 year-old Anne Frank imagines her life as a young woman — safe in a post-war world. When she meets a publisher who expresses interest in her story, Anne looks back on the two years she spent hidden away with her family during the Nazi regime.

This innovative production eschews traditional sets and costumes to place the audience and actors on the same dramatic plane as the characters — all real people under real circumstances — fighting for their lives, sanity and dreams of the future.

Previews will begin June 5, with performances taking place June 16 through July 22 at the Museum of Tolerance.