(Hollywood, CA)  Independent production company, Moving Pictures Media Group (MPMG) has announced a new addition to their production team.  Actress Kim Poirier has signed on to be a spokesperson and host for the company as they move forward with their production schedule. 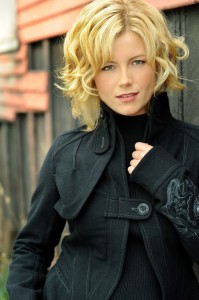 working on a slate of 6 films, a television show and most notably, an apocalyptic zombie thriller franchise titled “100 Days of Death” that includes a feature film, graphic novel, video game as well as a trilogy of books.

“We are thrilled with the addition of Kim to our company” stated Ray Ellingsen, producer and partner at Moving Pictures Media Group.  “Kim is an extraordinarily talented actress as well as a savvy businesswoman.  She brings with her a successful career and has proven herself to be an unstoppable force in the entertainment industry.  We believe that this is the start of a long and successful working relationship together.”

Ms. Poirier has earned a loyal fan following from roles in feature films such as “Dawn of the Dead”, “Awaken”, “Decoys”, “Silent But Deadly, and “American Psycho II” as well as TV roles on “Mad Men,” “Eureka” and “The Exes.”  She was the female lead on the Gemini Award winning hit show, “Paradise Falls.”  Hosting credits include her own hit show “Hypaspace” on the Space Channel as well as “Triple Horror Marathon” for Drive in Classics, and the annual “Spacey Awards”.