An anonymous  male masseuse, identified only has “John Doe” has filed a $2 million lawsuit against John Travolta, TMZ reports.  The suit alleges that a naked and “semi-erect” Travolta offered a “reverse massage” and 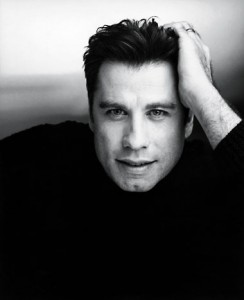 touched the masseuse’s penis and testicles during a session at the Beverly Hills Hotel.

The suit claims Travolta described Hollywood as “controlled by homosexual Jewish men who expect favors in return for sexual activity.”

A rep for Travolta has shot down the allegations and strongly denied all claims made by the anonymous man.

“This lawsuit is a complete fiction and fabrication,” Travolta’s rep said. “None of the events claimed in the suit ever occurred. The plaintiff, who refuses to give their name, knows that the suit is a baseless lie. It is for that reason that the plaintiff hasn’t been identified with a name even though it is required to do so.

“On the date when plaintiff claims John met him, John was not in California and it can be proved that he was on the East Coast,” the statement continued. “[The] plaintiff’s attorney has filed this suit to try and get his 15 minutes of fame. John intends to get this case thrown out and then he will sue the attorney and plaintiff for malicious prosecution.”

Travolta has been the subject of numerous gay rumors throughout his career.