LOS ANGELES (March 5, 2018) — L.A.’s award-winning Australian Theatre Company is inviting submissions of full-length plays to be presented by a professional director and cast as part of its 2018 Summer Reading Series, scheduled to take place this June at the Zephyr Theatre.

This year the focus is on presenting new works that have not been previously produced in Los Angeles. ATC welcomes new works by both established and emerging writers of any nationality. Australian Theatre Company’s mission is to create a meaningful cultural exchange with American artists and 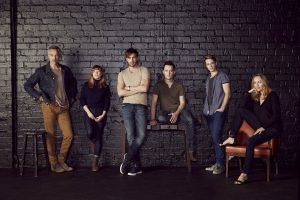 audiences. Although an Australian voice should be present in each piece, that voice could be represented by the writer, a character, the location or an overarching theme.

The Summer Reading Series is part of ATC’s development process for future productions. Previous themes have included “Stage to Screen” (great Australian plays that have inspired films), “Works by Women” (plays by Australian female writers presented on the U.S. stage for the first time) and “United On Stage” (plays featuring the intersection of American and Australian characters). Previous main stage productions of Speaking In Tongues and Ruben Guthrie were both developed in the reading series.

This annual community event is also a way for ATC to connect with local and international writers, actors and other theater artists, and to develop new audiences — all while enjoying some great Australian wine, courtesy of Penfolds. The readings will take place every Monday in June at 7 p.m at the Zephyr Theatre, 7456 Melrose Avenue, and are presented by the Australian Consulate General of Los Angeles. Admission is always free.

Submissions close Friday March 30. For more information on how to submit a play for consideration, go to https://www.australiantheatrecompany.org/reading-series/