To be successful in Hollywood, you need a team around you. A powerful team. Young actors,  Michael and Stephanie Katherine Grant, who hail from Tennessee  and have been in Hollywood making the rounds since 2010 are more than a team. They’re family.

But the siblings who have made an impact with appearances on shows such as “The Secret Life of The American Teenager” and “The Goldbergs” were not content to just be in front of the camera. They have recently branched out into writing, producing and directing. 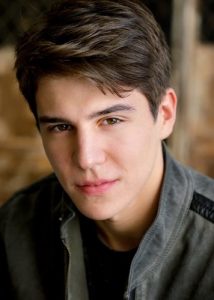 Now you may think there’s nothing impressive about that in a town full of multi-hyphenates, but consider the fact that Michael is only 21 and Stephanie Katherine a mere 16.

The dynamic duo recently completed their first production called, “Dominion,” an impressive, well acted, well directed short film that is sure to get traction for it’s talented young creators.

An abstract story that deal with different layers of consciousness, the film has the look of a well funded feature, even though it was made with money Michael and Stephanie raised on their own. The pair found and hired the best film crew available and the results here speak for themselves.

In a male oriented world it took the film crew 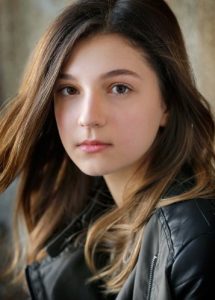 a minute to realize that teenaged Stephanie Katherine was a capable filmmaker worthy of  helming the project.

“At first people were directing their questions to me and kind of ignoring my sister” says Michael, “but eventually they got the message that Stephanie Katherine was an equal contributor and co-director, in fact she was the one who came up with the story in the first place. Soon she was running the set like a pro.”

Not bad for a sixteen year old.

Beyond co-writing and co-directing, Michael also scored the project, (he happens to be a classically trained pianist) while Stephanie Katherine edited.

“Dominion” is now making the festival rounds. First up is the Calgary International Film Festival which kicks off on September 20, 2016. The film will screen there on September 24th, at TELUS Spark, located at 220 George Drive, NE, Calgary, Canada.

So what’s next for the Grant kids?

“More writing and directing is definitely in the cards,” says Stephanie Katherine. They are turning “Dominion” into a feature film script and also developing others projects.

If you get the chance to meet this talented and ambitious brother and sister team, you’ll see that no is not an option here. Film domination is their ultimate ambition and from the look of their first project, they seem bound to succeed.