The World Premier of “A Jake and a Tom” is set for Sunday March 20th, 2011 at the 16th Annual International Family Film Festival at Raleigh Studios in Hollywood.

A mixed-media short film of live-action and animation, the film was written and directed by West Hyler, currently the associate director 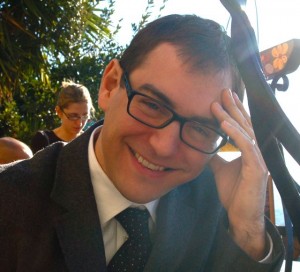 of the smash-hit musical, “Jersey Boys” in New York who has directed companies of the show all over the world.

“A Jake and A Tom” tells two stories; the first the relationship between a father and his grown up son who don’t see eye to eye. The second about an old ‘tom’ turkey trying to protect a young ‘jake’ turkey from the perils of danger. The two worlds eventually enmesh as the ‘jake’ encounters the hunters. “A Jake and a Tom” is a charming, innovative first effort from Hyler. It is clear he is a director to watch.

The film screens at 10:15 a.m. with tickets available at the venue or via the festival’s website.

Mr. Hyler will be flying in for the screening with a Q&A to follow.