Selected for the Munich, Montreal and Camerimage film festivals, Swansong won best drama at the Galway Film Fleadh and was nominated for six ITFAs in 2011. The film was adapted from Conor McDermottroe’s one-man theatre play Swansong which won raves worldwide and was translated into German and Swedish. Swansong makes its West Coast Premiere in Los Angeles on September 8, 2018, at the Skylight Theatre, produced in tandem with the Australian Theatre Company and directed by Greg Carroll.

This is theatre that doesn’t settle for easy answers. A gritty monodrama, it tells the story of Austin “Occi” Byrne, abused and isolated, violent and vulnerable, and searching for redemption.

Award winning Australian actor André de Vanny plays Occi. He began his career with the leading role in the international hit series Wicked Science 1 and 2 and it just keep getting better from there. André has since appeared in many Australian feature films including the upcoming The Combination 2, Hating Alison Ashley, Under a Red Moon, Nice Shootin’ Cowboy. Recently, he was given a nod for Best Actor at the Green Room Awards, acknowledging his work in Glory Dazed for Red Stitch Theatre Company. 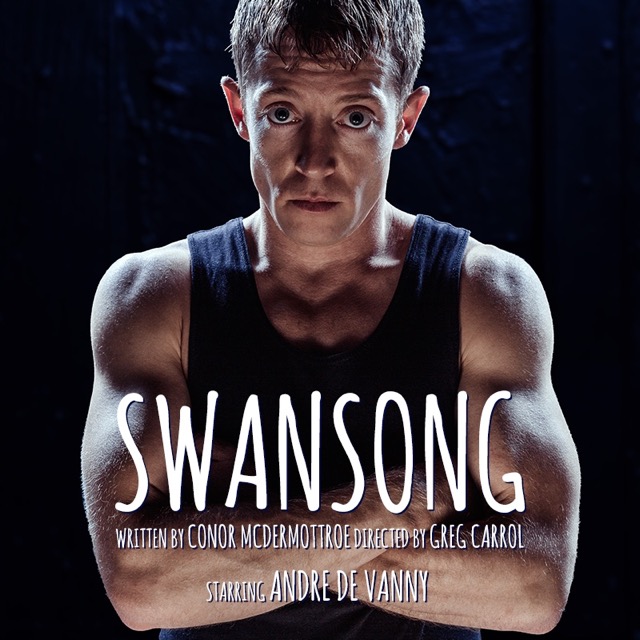 Andre’s performance in Swansong has achieved widespread critical acclaim and the show has returned twice to sell out seasons at Sydney’s The Old Fitz Theatre as well as Melbourne’s Metanoia Theatre, and most recently a sell out season at Theatre Works in Melbourne.

This performance is quite a workout, emotionally and physically, even for a young actor. We asked if he’d let us in on where he gets that kind of stamina as an actor:

HR: How do you prepare for a role like this?

André: There are many highs and lows in the play that follow one after the other, often in quick succession. Once the show has begun I just have to let go and allow it to flow in its own unique way. But this takes rigorous physical, vocal and mental preparation. It’s the old story where, achieving spontaneity and freedom in the moment requires extreme discipline and thorough preparation.

HR: Is it more difficult to bring Occi to life without props and a set?

André de Vanny: This is a performance driven piece, a pure story telling experience. Without set, sound or props you have the freedom to create any world you want at anytime. It feels very natural and allows for a more direct and intimate relationship with the audience.

HR: Despite the adversity and challenges for this character he seems to hang tough. Do you see the POV of the playwright as endowing this character with a positive outlook?

André de Vanny: Occi is an eternal optimist. We all know people who have hope even in the face of the most dire situations. It’s inspiring and endearing. I hope people will take that away from the experience of seeing this show.

HR: You’re from Melbourne, but the play takes place Ireland, during the 70/80s. Do you feel it’s still relevant in this time, and in Los Angeles?

André de Vanny: Prejudice and mental illness are unfortunately still prevalent in society today. This play speaks to those issues here and now. It honors those people who slip through the cracks, those who are outcast and forgotten. Having a child out of wedlock is no longer the shameful sin it once was but the bullying and persecution that Occi endures as a result of this, is something many can relate to. It’s a timeless story that is as relevant today as ever, and in almost every city in the world.

HR: You’re returning to the role for the 3rd time, but for the first time in Los Angeles. What’s that like?

André de Vanny: It’s like visiting an old friend. Occi has remained close to my heart and mind. It’s like you just pick up where you left off. However, each time has felt new and special and has grown a bit. As will this run in Los Angeles at the Skylight Theatre.