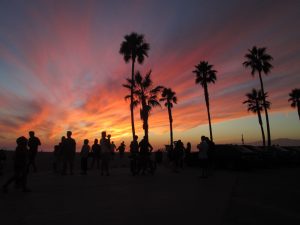 A guest appearance by actress Alice Amter from The Big Bang Theory as well as numerous actors, filmmakers and social influencers are just some of the highlights of this special event.

This will be the first time an augmented reality scavenger hunt will be held in the 4,000 sq. ft. Venice Art Crawl space, allowing guest and participants to take virtual selfies with celebrities & filmmakers.

The festival continues April 22-27th at Cinemark 18XD at the Howard Hughes Promenade where over 125 films from both local and international filmmakers will be screened, giving filmmakers a major screening platform in the entertainment capital of the world.

The Film Festival at Silicon Beach has Sandie West as producer, Peter Greene as Festival Programmer and Jon Gursha as Director.

Tickets for the event available at: https://www.eventbrite.com/e/silicon-beach-film-festival-tickets-32365146023#tickets.