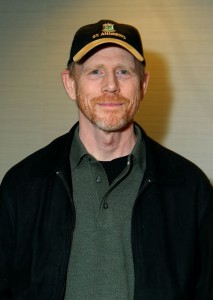 co-chairmen Nigel Sinclair, and Guy East and Cross Creek’s Brian Oliver, Howard participated in a number of intimate round table meetings about the epic Formula 1 feature film and highlighted how he’d become such a fan of the sport.

RUSH is co-produced and co-financed by Exclusive with Cross Creek Pictures. This marks the third collaboration between Exclusive and Cross Creek, who are also co-producing the picture with Imagine Entertainment, Working Title and Revolution Films. Howard, Brian Oliver, Brian Grazer, Eric Fellner, Peter Morgan and Andrew Eaton are all

Currently in production, RUSH is being released by Universal Pictures in the US in 2012.