You’ve got to love Josh Brolin.  The actor called Russell Crowe, his co-star in last year’s “American Gangster,” an “A-hole.”  Receiving the Best Supporting Actor for his work in the Gus Van Sant directed feature, “Milk” on 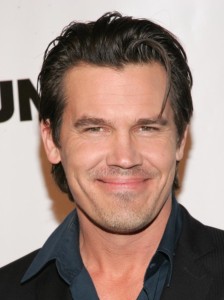 He didn’t have any nice words for New York Times theater critic Ben Brantley who reviewed him in a performance of Sam Shepard’s “True West.”

“I hate that motherfucker,” says Brolin.  “And I don’t think he’s a good writer.”

Meanwhile the website TMZ has has obtained video showing the arrest of Josh Brolin and Jeffrey Wright last July, and it looks like the actors were victims of police abuse.

It happened in Shreveport, LA in July. Both actors were arrested for allegedly interfering with an officer. The video begins with a passive Brolin as a cop pepper sprays him in the face. Brolin is made to kneel and is handcuffed while Wright gets laid out on the street and repeatedly tasered, as the cellphone camerawoman screams at the cops in protests.

Ironically, all charges by police against the actors were dropped today.