Hollywood’s link with Special Forces, the CIA, and espionage was the subject of an unusual private event at the Shangri-La Hotel in Santa Monica recently.  Those in attendance could well claim responsibility for some serious high jinx in the battles -private and public- that span the last seventy-five years of US-UK special relations.  The event commemorated the founding of the OSS, 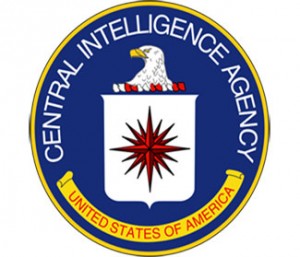 the Office of Strategic Services, the WWII era forerunner to today’s CIA.

Capt. Stuart Bird-Wilson one of the event organizers and a former SAS -British Special Forces- operative revealed that the bases of the US-UK special relation was that the British Government were responsible for the intelligence available to the US government up until General “Wild Bill” Donovan formed the OSS at President Roosevelt’s request in 1942.

In 1945 the OSS evolved into the CIA with the military aspects passing like a flashlight (in a darkened sack) to Special Forces.

The Special Forces aspect of Donovan’s OSS was inspired by the LA and Santa Monica Life Guards who were keen extreme water sports sort’a dudes.  Included amongst the artifacts displayed at the event was frogman diving gear used by Donovan and these California 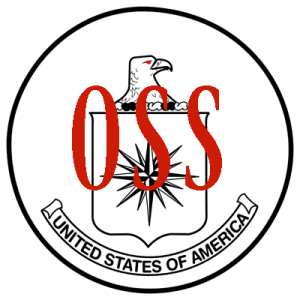 Donovan was in LA in the early 40’s with his daughter Patricia who was an actress.  Patricia died mysteriously in a car accident in 1942.  No link between Patricia’s death and Donovan’s clandestine role as a spy have been drawn, but there is a story there for any Hollywood screenwriter to peel back.

Those in attendance at the Shangri-La event included British and American operative as well as the current hotel owner.  Those who were not there, but would have received an invite if they were still alive include Julia Child, historian Arthur Schlesinger Jr., Quentin and Kermit Roosevelt, Miles Copeland, Moe Berg, Sterling Hayden and Supreme Court Justice Arthur Goldberg.  All were  agents serving in an international spy ring managed by the OSS during WWII. 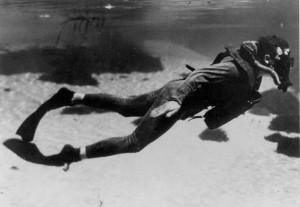 to sink German U-boats.  It would appear that in this case at least too many chefs spoil the bomb.

The primary objective of the recent Shangri-La gathering was to lay the groundwork for a permanent OSS museum in Santa Monica.  Donovan certainly deserves a place in the sun here in Hollywood; after all he loved the exotic weapons, explosives and schemes hatched by Stanley Lovell, the agency’s equivalent of “Q” in the James Bond stories. Amongst Lovell’s lovable antics was a plot to make Hitler’s mustache fall off and his voice turn soprano 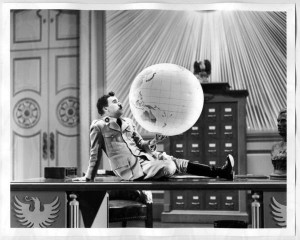 by injecting female hormones into the vegetables der Fuehrer ate.  Had Chaplin got wind of this spy-work during the making of his film The Great Dictator the film might have had an even more tragic overtone.

General “Wild Bill” Donovan might not get a star on Hollywood Boulevard, but he’s going to get his place in the sun none the less.