The 2009 Academy Award nominations were announced this morning in Hollywood by Academy President Tom Sherak and 2008 Oscar-nominated actress Anne Hathaway.

The mega hit Avatar received nine nominations, matching that of The Hurt Locker. Perhaps for the first time in the Oscar’s history, ex husband and wife James Cameron and Catherine Bigelow are going head to head in the best director competition. 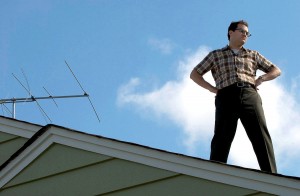 picture nomination despite performing somewhat poorly at the box office. Perhaps the biggest surprise was the nominations of fan favorite, The Blind Side starring Sandra Bullock who was also nominated as Best Actress. Invictus was snubbed for best picture and best director but received recognition for it’s two star, Matt Damon and Morgan Freeman, who each got acting nominations.

The unwatchable musical Nine was saved from complete humiliation with the nomination of Penélope Cruz as Best Supporting Actress.

Missing from the list all together is the movie The Hangover that many said would be the first raunchy comedy to get a nod. Seems the Academy’s aging voters didn’t see it that way. Also absent from the best film list is the beautifully shot and well acted film, A Single Man, that saw it’s star Colin Firth receive recognition as a Best Actor nominee.

500 Days of Summer was also 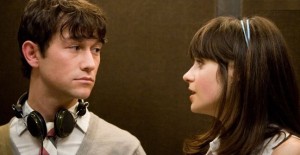 ignored, with the somewhat over-rated Up in the Air carrying the ball in the romantic dramedy catagory.

Another surprise was the nomination of the little seen The Messenger as Best Film and and  it’s star, Woody Harrelson nominated as Best Supporting Actor. Most will agree that Christoph Waltz has a lock in that catagory for his brilliant turn as a a memorable Nazi villain in Quentin Tarantino’s compelling war thriller, 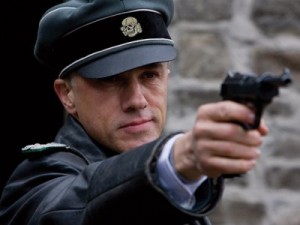 “The Blind Side” Nominees to be determined

“The Hurt Locker” Nominees to be determined

“Precious: Based on the Novel ‘Push’ by Sapphire” Lee Daniels, Sarah Siegel-Magness and Gary Magness, Producers

“Up in the Air” Daniel Dubiecki, Ivan Reitman and Jason Reitman, Producers

“Precious: Based on the Novel ‘Push’ by Sapphire” Lee Daniels

“Up in the Air” Jason Reitman

Actor in a Leading Role

George Clooney in “Up in the Air”

Colin Firth in “A Single Man”

Jeremy Renner in “The Hurt Locker”

Actor in a Supporting Role

Woody Harrelson in “The Messenger”

Christopher Plummer in “The Last Station”

Stanley Tucci in “The Lovely Bones”

Actress in a Leading Role

Sandra Bullock in “The Blind Side”

Helen Mirren in “The Last Station”

Carey Mulligan in “An Education”

Gabourey Sidibe in “Precious: Based on the Novel ‘Push’ by Sapphire”

Actress in a Supporting Role

Vera Farmiga in “Up in the Air”

Anna Kendrick in “Up in the Air”

Mo’Nique in “Precious: Based on the Novel ‘Push’ by Sapphire”

“The Princess and the Frog” John Musker and Ron Clements

“The Secret of Kells” Tomm Moore

“The Cove” Nominees to be determined

“The Most Dangerous Man in America: Daniel Ellsberg and the Pentagon Papers” Judith Ehrlich and Rick Goldsmith

“The Last Truck: Closing of a GM Plant” Steven Bognar and Julia Reichert

“Precious: Based on the Novel ‘Push’ by Sapphire” Joe Klotz

“The Milk of Sorrow” Peru

“Take It All” from “Nine” Music and Lyric by Maury Yeston

“A Matter of Loaf and Death” Nick Park

“Instead of Abracadabra” Patrik Eklund and Mathias Fjellström

“The New Tenants” Joachim Back and Tivi Magnusson

“Up” Michael Silvers and Tom Myers

“An Education” Screenplay by Nick Hornby

“Precious: Based on the Novel ‘Push’ by Sapphire” Screenplay by Geoffrey Fletcher

“Up in the Air” Screenplay by Jason Reitman and Sheldon Turner