One of the hottest parties of the year was a Hollywood-style Scots’ Ceilidh (Scottish word for ‘a gathering’). Held at a private residence in Beverly Hills this past Saturday night, the event was hosted by 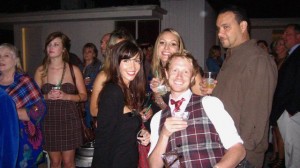 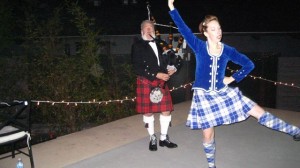 Everyone on the exclusive VIP list was required to don a visible item of tartan in order to be admitted, and some of the outfits were truly inventive.

The evening included an authentic bagpiper, Dave Champagne and
Tierny Elizabeth, a world-class Highland dancer who performed on the roof top garden amidst a splendid view of Los Angeles. 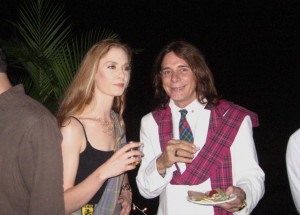 On site tastings on 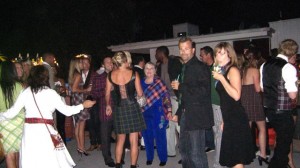 appreciating the finer art of Scotch was provided by Chris Unde of JVS Imports pouring Isle of Skye and Benromah Traditional Scotches.

Evocative art was provided by the Lurie twins, Scott and Craig of Soho Gallery in Studio City.

The  evening was  designed to bring awareness to the work of Hollywood Arts Foundation, who provide education for under-Privileged and minority students in Hollywood.

Was Brittany Murphy and Husband Poisoned?