With stronger films, more buyers and fewer sellers the 2010 American Film Market wrapped today with overall attendance climbing 6% to 7,695, versus 7,246 the previous year.

“The positive feeling in the halls is a direct result of production levels that are now in balance with marketplace demand,” said AFM Managing Director Jonathan Wolf. “Buyers are pre-buying, assuring they will have a steady flow of films, which in turn assures producers that their films have been pre-accepted by the marketplace.”

Attendance among Exhibitor-affiliated participants (including their executives, producers, talent and guests) finished at 3,321, down 1% from last year. Industry Attendees, a category that includes all non-buyers/sellers, jumped 23% to a record 1,988.

Founded in 1981, the AFM has become the premier global marketplace where Hollywood’s decision-makers and trendsetters all gather under one roof. 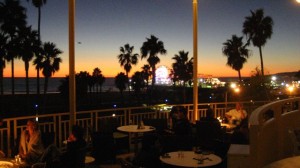 Unlike a film festival, the AFM is a marketplace where production and distribution deals are closed. In just eight days, more than $800 million in deals will be sealed — on both completed films and those that haven’t started shooting yet — making AFM the must-attend film industry event.