Police in Beverly Hills have issued a warrant for Lindsay Lohan’s arrest, though 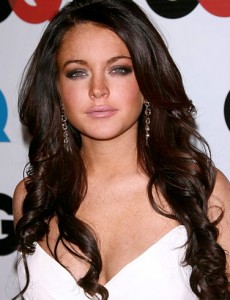 the actress denies it.

In response to media inquiries, [the] Beverly Hills Police Department is confirming a warrant was in fact issued today [March 13] for the arrest of Lindsay Lohan. The $50,000 warrant issued by the Beverly Hills Superior Court stems from a May 2007 arrest of Miss Lohan for DUI and hit-and-run. The circumstances leading to the issuance of the warrant by the court are not readily available at this time. It is our hope that Miss Lohan will surrender herself so that this matter will be resolved in a timely manner.

Populat thinking is that Lohan failed to comply with certain terms of her three years of probation after pleading no contest August 2007 to two counts of being under the influence of cocaine and pleading no contest to driving with a blood alcohol level of .08 or higher and reckless driving.

Lohan served a whopping 84 minutes in jail in November 2007.

Now that’s justice for you.