The director of the Oscar winning documentary, “Searching for Sugar Man” has been found dead.  was 36. 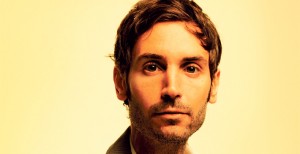 that Bendjelloul died in Stockholm late Tuesday, but wouldn’t specify the cause of death.

“Searching for Sugar Man,” about the life and career of American singer Sixto Rodriguez, won 2013 docu Oscar as well as awards from Bafta, the IDA, the PGA and the DGA.

Born in Sweden, Bendjelloul appeared on TV as a child and then studied journalism and media production. He produced music documentaries for Swedish television and worked as a TV reporter before leaving to travel in Africa and South America.

He filmed the story partly on an iPhone, and the film was accepted as opening night film at Sundance before it was even finished.

“I was backpacking around Africa and South America looking for stories with a camera. I found six stories and this was one of the six. I thought it was the best story I’d ever heard,” he told the Independent newspaper in 2012.

In an interview with the Aftonbladet, the elder Bendjelloul brother said that Malik, who won an Oscar in 2013 for his film, had “struggled with depression.”

“It seems so unbelievable,” he said. “I saw him two weeks ago in London. He was so full of life, hope and optimism and happiness, and looking forward to the future and future collaborations. We were talking about working together and talking about specific ideas, so the idea that he is no longer is just too hard to process.”