The Gay & Lesbian Alliance Against Defamation has denounced a movie trailer for the Universal comedy “The Dilemma” and says the studio has promised to remove the offending scene.

A spokesperson for the organization said Universal sent GLAAD a link to the trailer last month, in which Vince Vaughn says, “Ladies and gentleman, electric cars are gay.” 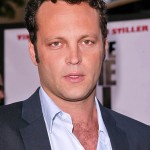 GLAAD president Jarrett Barrios told The Hollywood Reporter in a statement, “The use of the word ‘gay’ in this trailer as a slur is unnecessary and does nothing more than send a message of intolerance about our community to viewers.”

GLAAD says has told the organization today the joke will be removed from promotional media campaigns from this point forward — including in the trailer currently playing in movie theaters.

In a statement released Friday, Universal told THR, “The teaser trailer for ‘The Dilemma’ was not intended to cause anyone discomfort. In light of growing claims that the introduction to the trailer is insensitive, it is being replaced. A full trailer, which has been in the works for some time, will post online later today.”

In an appearance on “The Ellen DeGeneres Show” this week to discuss bullying, Anderson Cooper criticized the movie, saying, “I just find those words, those terms, we’ve got to do something to make those words unacceptable cause those words are hurting kids.”