Sycamore Entertainment Group, Inc. a leading innovator in hybrid distribution, is pleased to announce it has acquired the exclusive USA licensing of 26 episodes of “The Judy Garland Show” to be available for the first time on streaming video.

To commemorate the 50thanniversary of the filming of “The Judy Garland Show”, Sycamore Entertainment 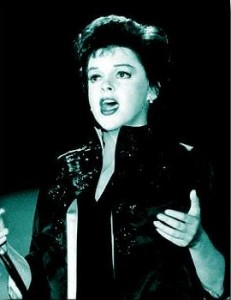 will stream the 26 one hour episodes of the first and only season of the original show. In these rare episodes, Judy performs solo and in once-in-a-lifetime musical duets with the likes of Barbara Streisand, Mickey Rooney, Count Basie, Lena Horne, Tony Bennett, Ethel Merman, Liza Minnelli and many more. These episodes are the only remaining recordings of Judy Garland performing at her peak.

“It’s an honor to present these rare episodes of “The Judy Garland Show” to an audience captivated by her talents” Says Ed Sylvan, CEO of Sycamore. He goes on to say “The Judy Garland biographical book ‘Get Happy’ being developed as a feature film by The Weinstein Company starring Anne Hathaway, hopes to captivate the essence of the woman that is seen in these 26 episodes. Fans will rejoice at seeing her talents in its purest form”.

Starting March 29th, consumers can stream each one hour episode individually or as a package. Fans will be able to stream the episodes on Android, Apple IPad, IPhone, Samsung and many other devices. All of the episodes are up-converted in full HD for maximum viewing experience. “As the upcoming 86thannual Academy Awards honors the 75thanniversary of the Wizard of OZ, a new generation of fans will discover the wonderful talents of Judy Garland”, Says Sylvan.

Sycamore acquired the rights from legendary music producer Darryl Payne of Darryl Payne Films. He says “I am delighted to be working with innovators like Sycamore Entertainment in bringing this iconic talent into a digital era”.

To get more information regarding the availability of the show visit
the website at: www.Sycamoreentertainment.com/TheJudyGarlandShow