Harrelson fought with a TMZ 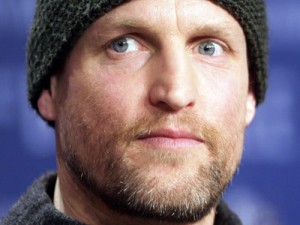 cameraman at a New York airport Wednesday night but claimed his action were a case of mistaken identity. He says he got into a clash with the photographer because he mistook him for a zombie.

That’s right. He said, a ZOMBIE.

The TMZ photographer filed a complaint with police claiming the actor damaged his camera and pushed him in the face at La Guardia Airport, according to an airport spokesman.

“We’re looking into this allegation and if it’s warranted, we’ll turn it over to the proper authorities,” said Port Authority of New York and New Jersey spokesman Ron Marsico.

The photographer, who was not identified, captured the encounter on a small camera after his larger one was broken.

Harrelson did not deny his involvement.

“I wrapped a movie called ‘Zombieland,’ in which I was constantly under assault by zombies, then flew to New York, still very much in character,” Harrelson said in a statement issued Friday by his publicist.

“With my daughter at the airport I was startled by a paparazzo, who I quite understandably mistook for a zombie,” he said.

TMZ.com posted two videos of the incident, including one recorded by the larger camera before it was damaged.

You can see the incident on video here: