The Facebook movie, “The Social Network” had enough friends to lead the box office again over the weekend of October 8 – 10, while new releases “Life as We Know It” and “Secretariat” had decent starts and “My Soul to Take” didn’t manage to take any. 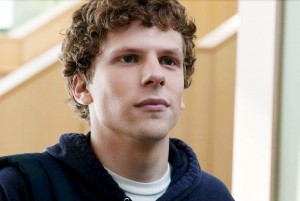 second weekend decline of any No. 1 movie this year, “The Social Network” pulled in an estimated $15.5 million, increasing its sum to $46.1 million in ten days. Its 31 percent dip was also the lowest of the weekend among nationwide holdovers, and it held better than 21 among past similar titles, though that picture still had better attendance.