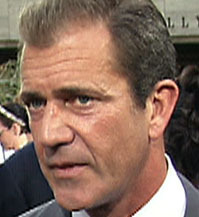 borator on a movie about Jewish revolt, of “hating Jews” and using him to deflect his anti-Semitic reputation.

In an explosive nine-page letter to Gibson obtained by TheWrap, the screenwriter wrote that the director of “The Passion of the Christ” never intended to make the movie about Jewish heroism, called “The Maccabees.”