Streep was named best actress for her role as a Catholic school nun in Doubt, and Penn for his performance as trailblazing gay politician 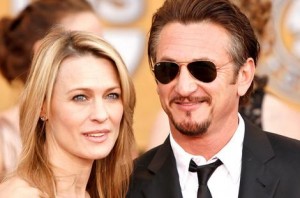 Harvey Milk in the film Milk.  In an emotional speech that was the highlight of the awards, Penn said:

“Something happened to me during the making of this movie. I noticed it tonight that the statues have rather healthy packages … As actors we don’t play gay, straight …we play human beings. (I’m) so appreciative of this acknowledgment. This is a story of equal rights for all human beings.

The prize for overall cast went to the over-rated rags-to-riches saga Slumdog Millionaire.

As expected, Heath Ledger’s villain, the Joker in The Dark Knight earned him the supporting-actor honor, while Kate Winslet was the winner of the supporting-actress award for the Holocaust-themed drama The Reader.

Here is a full list of SAG Award winners:

Actor in a movie or miniseries: Paul Giamatti, “John Adams.”

Actress in a movie or miniseries: Laura Linney, “John Adams.”