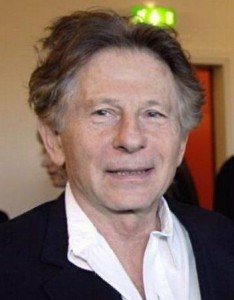 requesting that the case against him be dismissed because of what Polanski’s attorneys calls judicial and prosecutorial misconduct that was revealed last year in a documentary, “Roman Polanski: Wanted and Desired.”

The Los Angeles County district attorney’s office on Tuesday told a court here what it expects Roman Polanski to do if he really wants the case against him dismissed: surrender first.

Prosecutors took no position regarding claims that a judge in the original case was improperly coached by a deputy district attorney who is now retired.

Tuesday’s filing provided a stark reminder of Mr. Polanski’s crime. Quoting heavily from grand jury testimony that was sealed until 2002, the new court papers describe in detail Mr. Polanski’s 1977 encounter with a 13-year-old girl with whom he had sex after photographing her for a French magazine.

In summarizing the encounter, Tuesday’s motion said Mr. Polanski, already famous as the director of “Rosemary’s Baby” and “Chinatown,” plied the girl “with multiple glasses of Champagne and a portion of a Quaalude pill, and then proceeded to orally copulate this child, have sexual intercourse with this child, and sodomize this child.”  Polanski pleaded guilty to sex with a minor but fled to Paris prior to sentencing.

A hearing in the case is scheduled for Jan. 21 before Los Angeles County Superior Court Judge Peter Espinoza.