Rock Fashion, a night of glitz, glamour, fashion and music was a major success last night at the W Hotel in Hollywood. 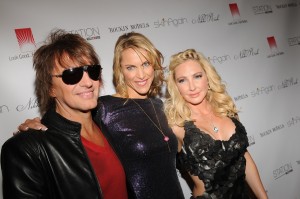 the debut of the Nikki Rich collection by designers Richie Sambora and Nikki Lund, worn by the ladies from Rockin Models. The evening also included live performances by Sambora and Lund, as well as a set by American Idol’s Kimberly Caldwell. 100% of the proceeds from Rock Fashion were donated to Look Good…Feel Better, an organization Helping Women with Cancer.